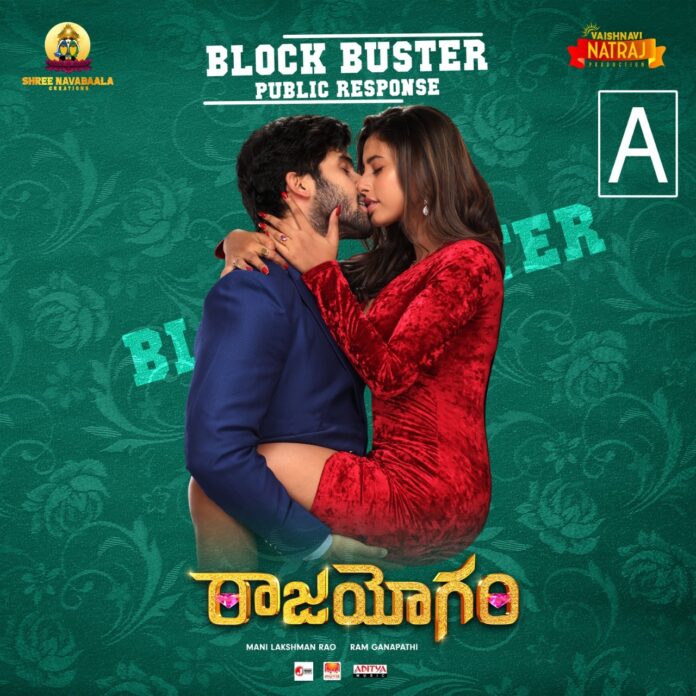 Rajayogam is a youthful entertainer. It is a Romantic entertainer with many twists and turns. Sai Ronak, Ankita Saha, Bismi Naas plays the lead roles. Ram Ganapati directed this romantic film and Mani Lakshman Rao bankrolled it under Vaishnavi Nataraj Productions banner. The film is released on 30th December, 2022.

Rushi (Sai Ronak) is a middle-class guy. He wants to marry a rich girl and settle in life in no time. As he desires, he falls in love with a rich girl Sree (Ankita Saha) but big trouble comes with many twists and turns. How Rushi fights back is the rest of the story.

The film is very romantic and engaging with comedy punches. The twists and turns in the film make it very interesting. The film revolves around a Diamond and the screenplay is top-notch. The quality of the film is very rich and the visuals will treat the eyes. The Romantic scenes will bring youth audiences into repeat mode. Sai Ronak and Anikta Saha and Bismi Naas will entertain the audiences to the core. The comedians Shakalaka Shankar, Thagubothu Ramesh, Chitram Srinu, Chalaki Chanti, Madhu Nandhan, and others will tickle your funny bones for sure. Ajay Ghosh plays an important role and he is a game changer in the film. Others did as required.

The Pre-climax and climax will entertain the audience to the core. The film is a rollercoaster ride with many twists and turns and comedy punches. The story looks very fresh and the screenplay is engaging.

Rajayogam is a complete youthful entertainer with hilarious punches and gripping twists. The film is worth watching.