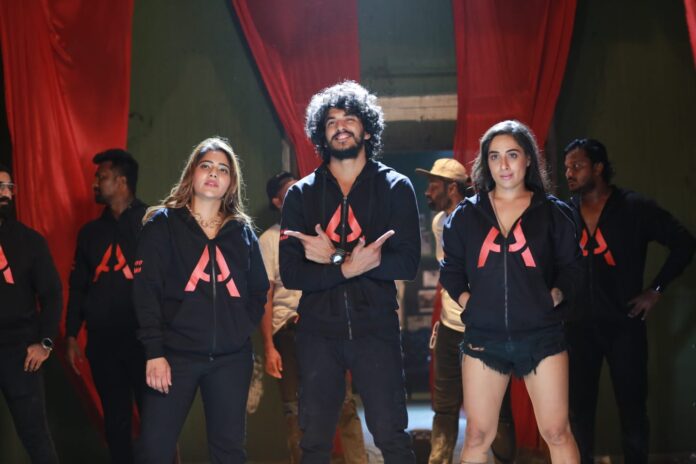 It got an overwhelming response from everyone. Today makers delighted everyone with the first single from the film. The song titled “Kaiku Mama” is a most excellent Rap song. The makers called it one of the craziest and it proved with the stylish composition and mass RAP.

The concept behind this song is fabulous. The impactful lyrics written by Srikanth, Ajay, and Insaan are brilliant and create awareness to stop bad habits. DOP Ajay Nag’s visuals and stylish choreography of Vishal impress everyone.

The music is composed by Sumanth Battu. And the song is sung by rapper Insaan and his voice is so earthy, it sets the mood. Overall, this is a chartbuster song that will definitely create more sound for New Year parties. With the brilliant teaser and now a mesmerizing first single, it appears like Ajay Kathurvar is coming up with a promising project.

This exciting project is directed by Ajay Karthurvar and also produced by himself under the banner of Ajay Kumar Productions in collaboration with Chandana Koppisetty. The gorgeous beauties Bhanu Shree and Shweta Mehta are playing the female leads.

Ajay Nag and Harsha Hari Jasthi handle the cinematography. The film music is dealt with by Karthik Kodakondla, Manizena, Sumanth Babu, and Pratheik, and the background score is composed by Sidharth Sivuni. Stunts handled by Prudhvi.