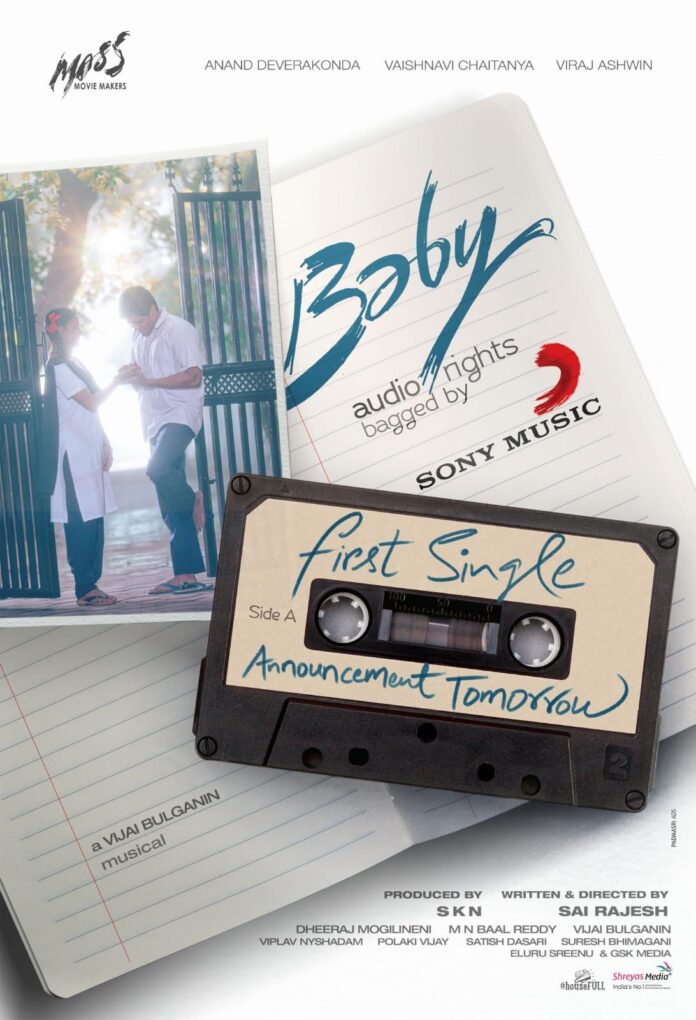 The teaser of Anand Deverakonda, Vaishnavi Chaitanya, Viraj Ashwin starrer, Baby was released recently and it has struck the right chord with the audience. It has built hype for the film and incidentally, the audio rights of the film are sold to top music label, Sony Music for a fancy price.

According to the latest reports, Sony Music has bought the audio streaming rights of Baby for a big price, almost on par with a big hero film. This substantially boosts the business side of the film.

The core team behind Baby previously worked on Color Photo which was a musical blockbuster. That could be the reason why Sony paid a fancy price for Baby now. With this positive development, the makers have stated that the announcement on the first single from the album will be out tomorrow.

Baby has Anand Deverakonda, Vaishnavi Chaitanya, and Viraj Ashwin in central roles. The film is directed by Sai Rajesh and produced by SKN under Mass Movie Makers banner.