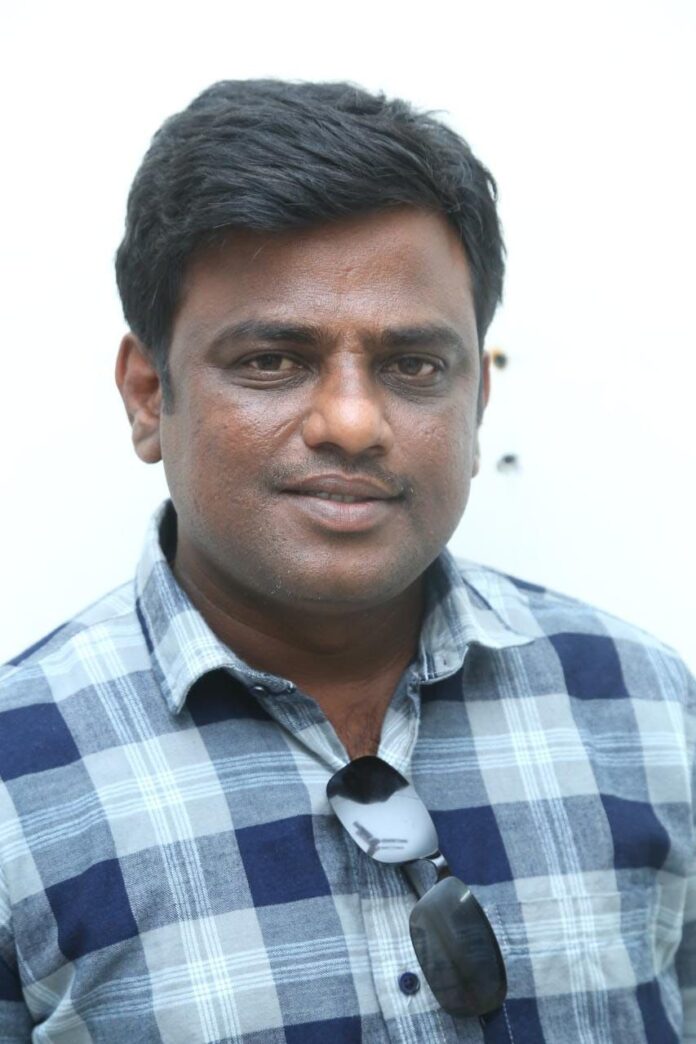 ‘Jaan Say’ is a crime thriller drama with a love story in it. S Kiran Kumar is the Writer and Director for this film. Though Kiran doesn’t have any prior experience, out of sheer passion he has stepped up to make this film. ‘Jaan Say’ is made as Production No 1 under Krithi Entertainment Productions banner bankrolled by Kiran Kumar himself. Ankith, and Thanvi are playing lead roles. Director Kiran is saying that along with a thrilling story the film also has a breezy love story. The film has completed its shooting part. Post-production works are going at a brisk pace. The release date will be announced soon. On this occasion Director, Kiran Kumar interacted with Anchor Manjusha to spill the beans about the film and also shared about his journey while making the film in an exclusive interview.

Going by the title, ‘Jaan Say’, it seems like a love story. But, you are saying it is a crime thriller?

– Yes, this is a crime thriller but with a breezy love story. When you closely look at the title, it also gets conveyed in two ways. One is ‘Jaan Say’ a Hindi word reflecting love and another one is ‘Jaan Say’ like Say as an English word.

You are well settled with a good job and business. What makes you enter into filmmaking?

– I wanted to tell my stories and thoughts through films. That is the main reason behind my intention to turn as a director. I have been on this story for the past nine years. Six months ago I have completed the full script.

Your first film as a director is Crime and Lovestory. What type of films we can expect from you in the future?

– I don’t want myself to restrict to one kind of film. I wanted to do films in all genres and be an all-rounder.

You don’t have any relation with the Film industry and didn’t work anywhere. From where did you draw the confidence in taking this big step?

– Story is my biggest confidence. I thought it would be simple but as the film progresses I came to know that this is a sea and there is a lot to know about it. Meanwhile, I evolved in this process while making the film. I like to take risks. I believe to grow further we need to take risks in life. With that confidence, I completed the shoot.

What are the challenges you faced while making the film as the first-time Producer and Director?

– Many expressed their doubts about me as I am a newcomer. But, I proceeded with those who believed me.

What kind of film is Jaan Se? Which type of audience it is targeted to ?

– The film will be very close to the people we see in our daily lives. I took a fictional character and placed in current society. A girl with a brain like Mokshagubdam Viswesvarayya and brave like Jhansi Lakshmibai and how she faced problems in the present society is the theme of ‘Jaan Say’.

How did you manage to bring your script into a film?

– I didn’t know about camera angles or closeups. So, I went to an institute and learned about it. After that, with experienced technicians, I started shooting the film. I got the basics right on the first day of is shoot itself.

Which kind of films do you like as a filmgoer?

– I watch all kinds of films. But, I like Puri Jagannadh more. As a director, I want to have my own mark in my film.

Tell us about the support you got from your team.

– My team, actors everyone supported me very well. It is due to their support only I was able to finish the film shoot in 22 days.

In the current OTT age, people are coming to theatres only if there is something special in the film. What is the specialty in Jaan Say’?

– Story is the main USP of the film. The audience will definitely like it. We planned many promotions to bring the audience to theatres. Once they enter into our film, I am confident that we will engage them with our film.

When are you planning to release the film?

– The film has completed its shoot and is undergoing its post-production work. If everything goes well the film.will.release in a couple of months. I didn’t have time to indulge in business and other options. Now, I have to look after them.

Tell us about the Music of ‘Jaan Say’.

– Songs came out very well. There will be three songs in the film. Two songs will come as a part of the film while the third song is a theme song. Sachin Kamal has given good music.

What is the budget for the film? Have you completed it within the budget?

– I provided a 10 crore budget for this film. But, completed within the budget.

Does Jaan Say’ has seasoned actors or all newcomers?

Who supported you in your journey?

– Our cameraman Mohan garu supported me well. He was there with me till the end. Madan Garu helped me to choose actors in the script. Producer Raghu Garu also supported me.

Can we expect back-to-back movies from you?

– I didn’t expect much money from the film. Whatever I invested in ‘Jaan Say’, I just wanted it to come back. Then I will start my next. I wanted my film to reach to a maximum audience.

You are the Producer, Writer and Director of Jaan Say? What is the toughest aspect you faced in your journey?

Have you screened Jaan Say to your family members? What did they say?

– My wife knew the story. She liked it so much. That’s why she got convinced when I told her about my decision to become a filmmaker. I will show them the film once it gets completed.

What is the story behind the three dots in Jaan Say title?

– Yes, Those three dots indicate the lives of three people. I will reveal two of them in upcoming promotions and the third role is suspense. You have to watch the film in theatres to know about it.