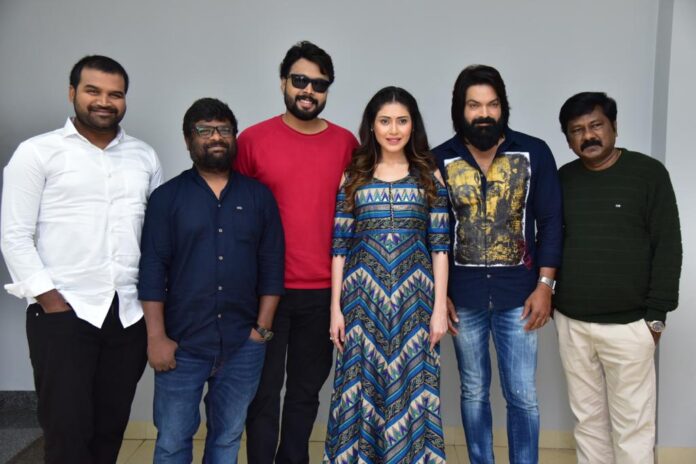 ‘Sasanasabha’, the political action drama starring Indra Sena, is going to be released in theatres on December 16 in Telugu, Tamil, Malayalam, Kannada, and Hindi. With Aishwarya Raj Bhakuni featuring as the heroine, the film is produced by Thulasi Ram Sappani and Shanmugam Sappani on a rich scale on Sapbro Production Pvt Ltd.

At an event on Sunday, the makers said that the film’s theme and subject make it a must-watch for every Indian citizen who cares about the robustness of democratic institutions. The title refers to legislative bodies where laws are made after debates and discussions. Director Venu Madikanti said, “This film was embarked on at first as a small-scale movie. Thanks to our producers, it became a pan-India one in scale. The sensational composer Ravi Basrur of ‘KGF’ fame has given extraordinary output.”

The producers said that the film highlights the significance of the hallowed legislative bodies like Parliament and Assemblies. “The Censor Board members felt that this is a well-meaning film,” they said.

The political drama also has got emotions in full measure.

Producer NV Prasad is going to release the movie in Andhra Pradesh and Telangana.

Rajendra Prasad, Sonia Agarwal, Prudhviraj, ‘Jabardasth’ Apparao, Anish Kuruvilla and Amit are among the film’s cast members. Raghavendra Reddy has written the film’s story. Aabid Bhushan, who has played an important role, is confident that ‘Sasanasabha’ will be a game-changer for him.