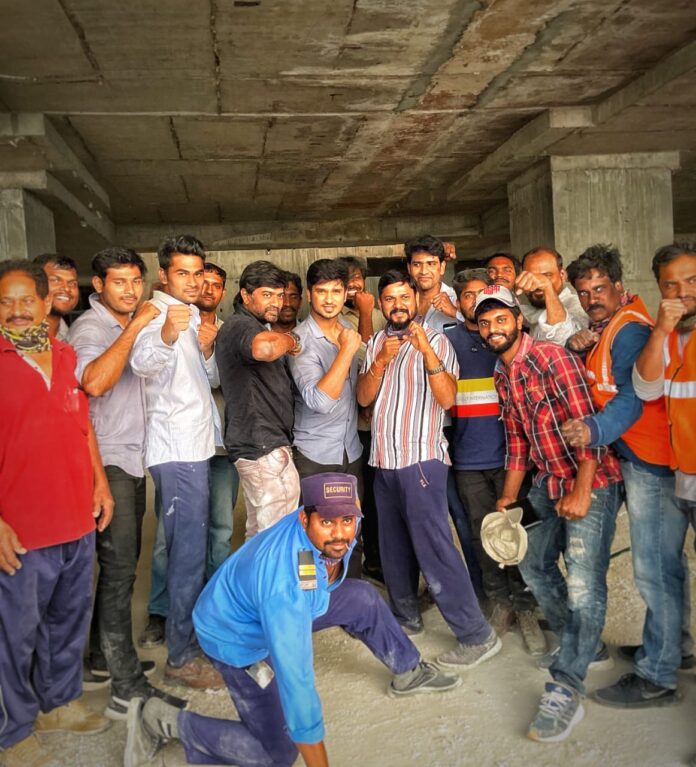 Nikhil Siddhartha and Anupama Parameswaran are teamed up once again for 18 Pages. The nostalgic romance is written by Pushpa filmmaker Sukumar and is directed by his former protege Palnati Surya Pratap, who also helmed films like Current and Kumari 21F in the past. Produced by Bunny Vas under GA2 Pictures in association with Sukumar Writings.

The film piqued everyone’s interest with its glimpses of characters. The blockbuster success of Karthikeya 2 has given Nikhil and his career a significant boost, and he is striving even harder to offer the best. The 18 Pages team is aware of this and is working hard to deliver the best outcome.

The film is now in its final stages of production. After a little break, Nikhil returned to the 18 Pages set. and the final schedule of 18 Pages began recently. And the filming will proceed at staggering rate. Makers pleased fans and audiences with this exciting news.

The cinematographer A Vasanth’s visuals enhance the feel-good vibe of the film. 18 Pages is edited by Navin Nooli. Allu Aravind presenting the film.