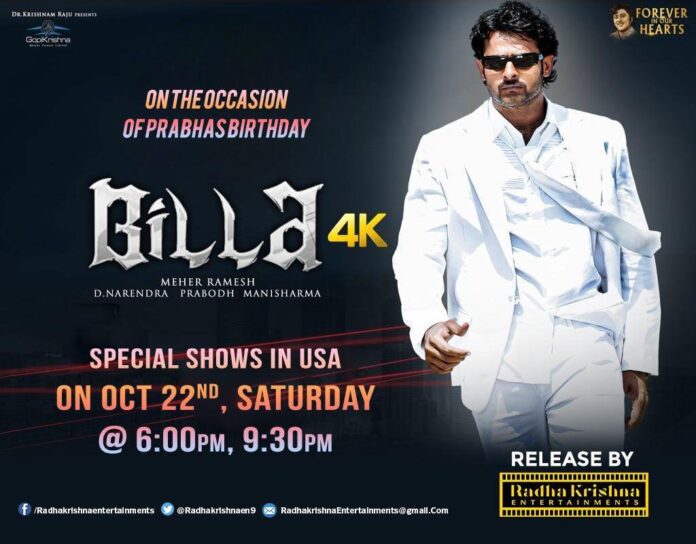 It is well known that vintage films are being remastered and re-released in theatres, and fans are enjoying the re-releases as if they were a festival. In such category, films such as Pokiri, Jalsa, Gharana Mogudu, and Chenna Kesava Reddy have previously been released and received immense love from the audience and fans.

The 4K latest version of Prabhas’ movie ‘Billa’ will be released on the 23rd of this month as a birthday present for Prabhas fans. This film will be released at record level in United States.

The film is releasing in over 70 locations across the United States. This is the most extensive list of theatres and record level theatres among re-release movies. Fans have already booking tickets for the film.

The late rebel star Krishna Raju plays a significant role in Pan India star Prabhas’ Billa. The heroines were played by Anushka, Namitha, and Hansika. This film, directed by Meher Ramesh and produced by Gopikrishna Movies, will be shown in most US theatres on Prabhas’ birthday.