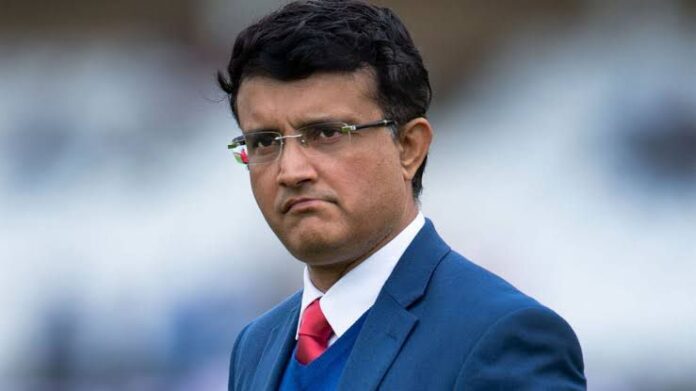 New Delhi: The BCCI anti-corruption unit and the Central Bureau of Investigation (CBI) should investigate why the BCCI president Mr Sourav Ganguly is backing the Legends League Cricket T20 (LLCT20) which is a direct conflict of interest as per Justice Lodha Committee recommendations and a step against India’s foreign policy as per Government of India’s stance against Pakistan for their role in supporting terrorism against India.
As per Lodha Committee Report a BCCI office bearer can’t take dual responsibility and BCCI as a trust no office bearer can hold any other office of profit. Then how can the BCCI President become the Captain of the Indian Maharaja team in the Legends League Cricket T20 (LLCT20) where he is being paid money in crores as appearance fees.

Secondly, how is the BCCI president Mr Sourav Ganguly supporting a body which is openly flouting India’s foreign policy matters and supporting and funding cricketers from a terrorist nation with whom neither the BCCI nor the Indian government have any financial dealings. The Legends League Cricket T20 (LLCT20) has financial dealing with cricketers like Shahid Afridi, Shoaib Akhtar, Misbah-ul Haq and many others who played in the Kashmir Premier League (KPL) and openly spoke against India’s policy on Kashmir. The BCCI has also taken a strong stance against cricketers playing the Kashmir Premier League (KPL) and have banned them from playing in India. But the Legends League Cricket T20 (LLCT20) are not only supporting these players but they are funding them and promoting them to play in India.

Mr Raman Raheja, CEO and Co-Founder, Legends League Cricket T20 (LLCT20) said to the media: “The upcoming season is a new format with 4 new teams playing as Franchise owned teams. The players are to be picked under a drafting process. As of now we have held back adding any Pakistan players in the pool. We are in the process of seeking guidance from the authorities if we should add players into the pool or not. The same would be done only if Visas and necessary approvals are in place from the concerned authorities. If allowed, the players would be put in the pool. Even then it’s not confirmed if these players would play in the upcoming season. Thereafter it would be the drafting process which would define the squads. As a matter of fact, we shall adhere to all the necessary guidelines given by the authorities for selection of any players.”

So, despite knowing about India’s stance against Pakistan and despite being aware of India’s foreign policy with Pakistan, Mr Raman Raheja is talking about including and paying Pakistan cricketers. Not only that, by organizing an event with Pakistan cricketers where he is looking for sponsorships from Indian sponsor, he is directly acting against India’s sovereignty as he is directly providing people (cricketers) from Pakistan with financial aids. Mr Rajeja is also violating Fema rules by transferring funds from Indian sponsors to an event where Pakistan players were involved and he is still looking to make them part of it.
We also want to highlight Disney Star’s involvement in this as they are in talks with Legends League Cricket T20 (LLCT20) to strike a broadcast partnerships with a politically volatile and controversial league like the Legends League Cricket T20 (LLCT20).

We urge the BCCI anti-corruption unit and the Central Bureau of Investigation (CBI) to launch an enquiry on why and how Mr Raman Raheja, an individual black listed by the International Cricket Council (ICC) for financial irregularities in 2019, is openly working against India’s national interest in the name of organizing the Legends League Cricket T20 (LLCT20). It should also be investigated how and why the BCCI president is so deeply involved with a person and a league which is working against India’s national interest. Though Mr Raheja has said that Ganguly hasn’t not accepted any money for his involvement with the Legends League Cricket T20 (LLCT20), we request the CBI to launch an inquiry in to the matter to unearth the real story.

Help Foundation is helping the Poor in Lockdown