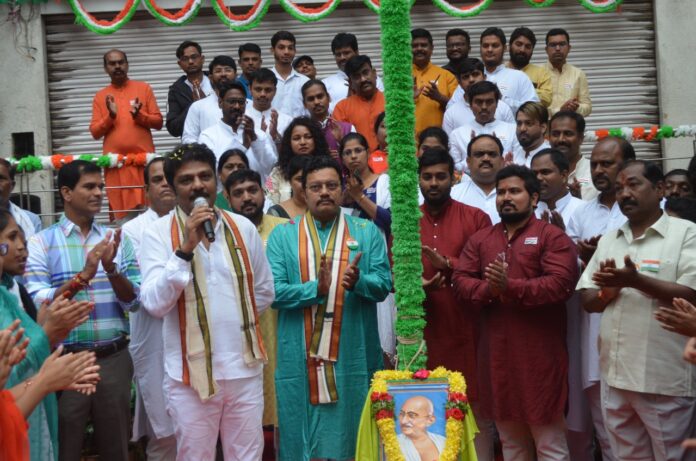 Hyderabad, August 15, 2022: On the occasion of the 75th Independence Day celebrations, the flag festival was celebrated grandly on Monday under the auspices of Suchir India, a leading real estate firm. At 8.48 a.m., well-known multilingual actor Sai Kumar attended the program as the chief guest and hoisted the national flag at Suchir Capital office in Jubilee Hills Journalist Colony, Hyderabad. Speaking on the occasion, Saikumar said that all of us are now breathing the air of freedom because of the sacrifices of many and it is our responsibility to remember their sacrifices and pay homage to them. From the Sepoy Mutiny of 1857 to the Quit India Movement of 1942, there have been many unforgettable twists and turns in the freedom period, and all of them must be known by the present generation to build a new India, he said. He also added that in the next 25 years, India should be taken forward and the younger generation should make this happen.

Lion Dr Y. Kiron, Chairman, of Suchir India, said that the students played an important role in the freedom movement. He recalled that the student leaders of that time had emerged as the leaders of the country in the later period. Referring to the role of first-generation national leaders in the reconstruction of the country, he said that our country has already become a leader in many areas and at the same time the rest of the sectors should progress. He said that national leaders have given up their selfishness, sacrificed their lives and given us freedom and the fruits of it are being experienced by today’s generation. About 500 school students participated in the event.