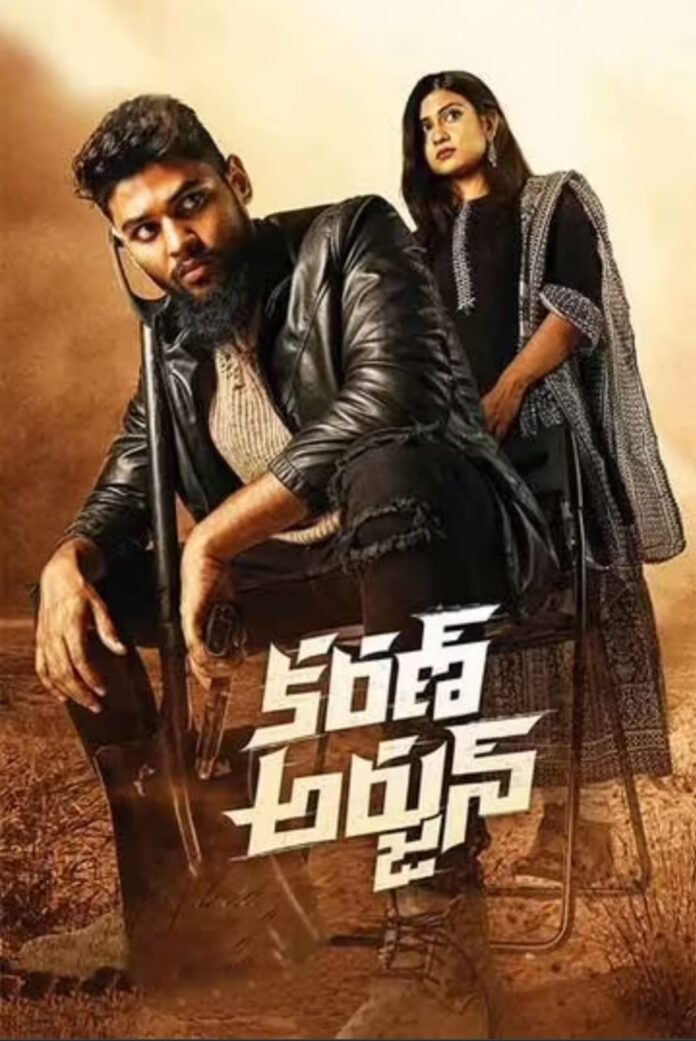 Karan Arjun is a Power Packed Action Thriller film with Many twists and turns. More or Less, the film looks like an International film with terrific visuals. The Young actors, Abhimanyu, Nikhil Kumar and Sheefa delivered their roles with extraordinary performances. The film is a visual treat film with rustic locations. Youth and Mass audiences will love it to the core. Mohan Srivastsa directed it and Dr. Someswara Rao Ponnana, Balakrishna Akula, Suresh, Rama Krishna, Kranti Kiran Bankrolled it. The film is released on 24th June, 2022, Check the review below….

Karan (Nikhil Kumar) and Vrushali (Sheefa) will be getting married. For Pre-wedding Photoshoot, the couple will fly to the India-Pakistan border and are having a Gala time in rustic Jaisalmer Desert locations. Unknown person Arjun (Abhimanyu) will be troubling them in their Happy times. Arjun falls in love with Vrushali and will chase Karan to kill him. What will happen to Karan and Vrushali, Why Arjun troubles them is the rest of the story.
Abhimanyu is the show stealer. His get-up, attitude, Performance and everything will give a kick to the audiences. Audiences will Love him for his terrific performance. Nikhil Kumar is ok in his role and he will surprise us towards the climax. Sheefa is beautiful and she delivered her role with ease. Other actors just come and go.
Technically, the film is a visual treat. The Rustic locations will enhance the film and background score will glue you the film. Though the film takes a slow start, Interval Bang and the whole second half is power packed. The Lorry chasing fight is top-notch and credit should be given to Cinematographer Murali Krishna Varman. Music composed by Roshan Saalur and Mohan Srivastsa’s Dialogues will touch your heart. Story is very fresh and Screenplay is engaging. Director made a Power Packed film and Movie looks Rich.
Karan Arjun is rustic Action thriller film with Beautiful Love story and Mother Emotion. It’s a Visual Treat film with Heart touching emotions. Youth and Mass Audiences will Love it to the Core. Go and Watch it.
Rating : 3 Out of 5