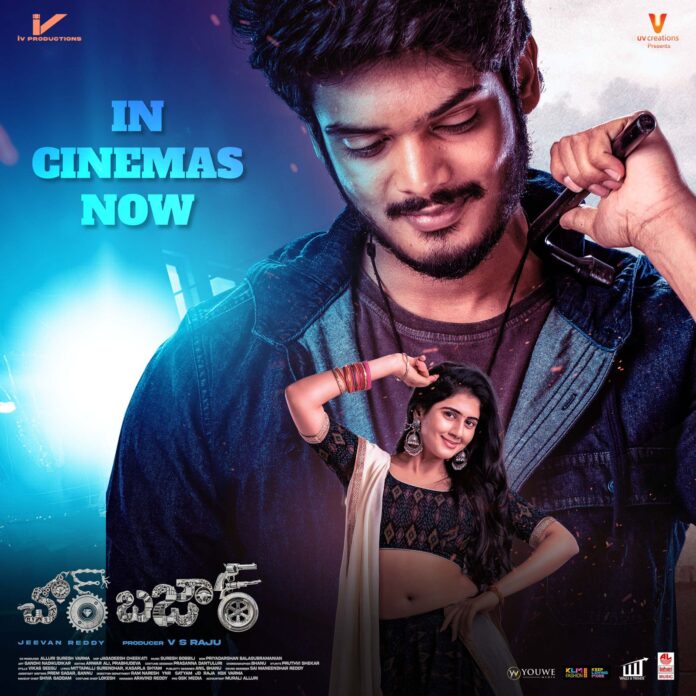 Chor Bazaar film is an out and out entertainer with Power Packed Action Episodes. The film looks Realistic and rich. Music, Production Values, Story, Entertainment part everything makes this film worth watching. Puri Akash nailed it with his dynamic performance. George Reddy Movie fame director Jeevan Reddy directed it with Passion. VS Raju bankrolled it. After Huge promotion, The film was released on 24th June, 2022. Check the review below…

Chor Bazaar is a place where smagul goods will be sold for a lower price. Chor Bazaar Area will be controlled by Bachchan Saab (Akash Puri). He falls in love with a dumb girl Simran (Gehna Sippy). As everything goes fine, 200 Crores Diamond will be found missing and Chor Bazaar will be blamed for the Missing Diamond and Gabbar Singh (Subha Raj) will be after Bachchan Saab for the crime. Who Stole the Diamond and what will happen to the Bachchan saab Love Story is the rest of the film.
Akash Puri just nailed it with his outstanding performance. His action skills, dialogue delivery, Comedy timing, Performance is just perfect. He has the ability to become a Mass Hero. Puri Fans will love him.  Gehna Sippy is gorgeous and Youth, Mass audiences will love her to the core. Yesteryear Actress Archana did a decent role in the film. Sampoornesh Babu, Subha Raj, Nalla Venu, Racha Ravi and Others will entertain the Audience with their outstanding performance.
As the film is a complete entertainer, the Comedy portion takes a bigger chair in this film. Many scenes are hilarious and entertaining. The Love track is filled with humor. The Action Episodes are very mass and energetic. Songs are good while watching and Background score will keep us engaged. Visuals look real and the screenplay will glue us with the film. Jeevan Reddy delivered an out and out entertainer film.
Chor Bazaar is a complete entertainer. Kids, Youth and family audiences can watch this film together. Chor Bazaar is a pakka commercial entertainer. Don’t Miss It.
Rating : 3.25 Out of 5