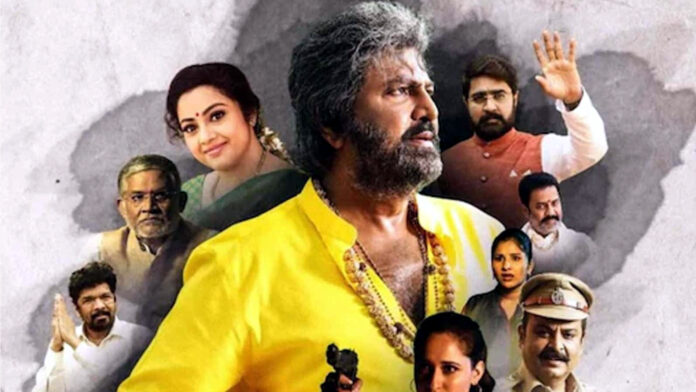 ‘Son Of India’ was released in theatres on February 18 this year. Last week, the experimental patriotic action drama started streaming on Amazon Prime Video just ahead of Chiranjeevi’s ‘Acharya’.

The streaming giant has witnessed a very encouraging response going by analytics. ‘Son Of India’, starring Mohan Babu as a vigilante, has been trending as one of the Top 10 videos on Prime. This is clearly because a very high number of Prime subscribers are watching the movie with interest.

Despite non-stop propaganda against the movie and improper trolling when the movie was released in theatres in February, ‘Son Of India’ has defeated all negativity to emerge as an OTT hit. OTT platforms value high streaming hours a great deal.

The false propaganda against ‘Son Of India’ didn’t stop the top streaming giant from acquiring its digital rights. The movie was released on a positive note. The fabulous result is there for everyone to see!