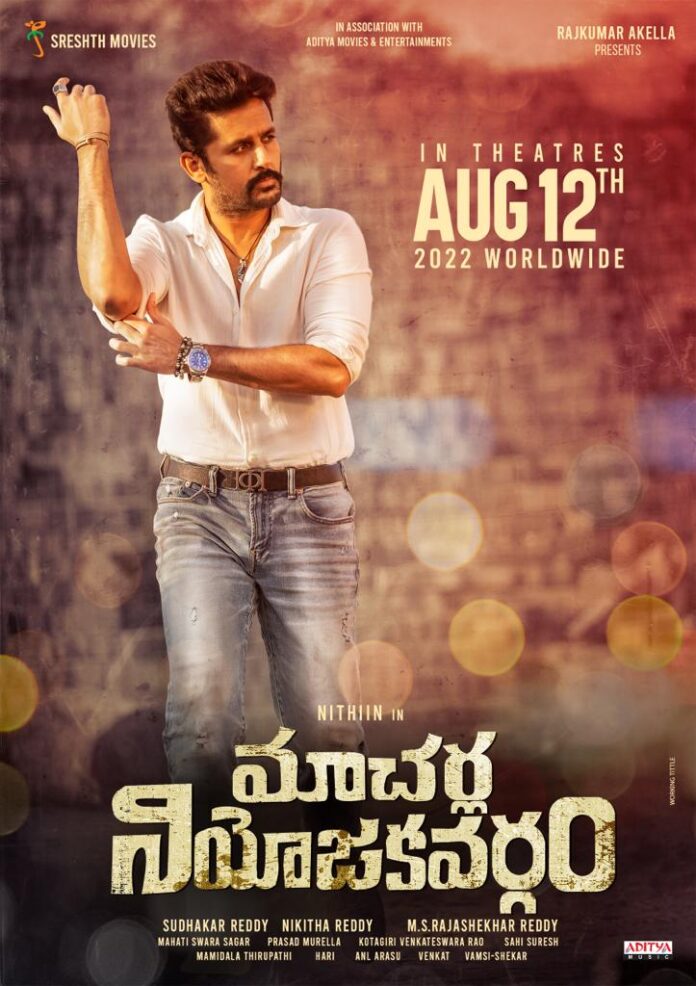 Young and versatile hero Nithiin is presently starring in Macherla Niyojakavargam being directed by MS Raja Shekhar Reddy. Nithiin is playing the role of an IAS Officer named Siddharth Reddy in the movie being produced by Sudhakar Reddy and Nikitha Reddy on Sreshth Movies banner. Rajkumar Akella presents the movie.

Macherla Niyojakavargam was earlier planned for release on July 8th. However, due to pending works, the movie got postponed. It will now hit the screens worldwide grandly on August 12th. The movie will have advantage of Independence Day (Monday). Dressed in white shirt and denim jeans, Nithiin can be seen folding hands of his shirt, wherein there is intensity in his face.

Currently, songs of the movie are being shot in some picturesque locations in Europe countries- Italy and Austria.

The film’s first look and teaser were released for Nithiin’s birthday and the response for the same was exceptional. Nithiin appeared in an intense avatar in the poster and the video.

Prasad Murella is the cinematographer, while Mahati Swara Sagar has rendered soundtracks for the movie.

Krithi Shetty and Catherine Tresa are the heroines opposite Nithiin in the movie billed to be a pucca mass and commercial entertainer with political elements.