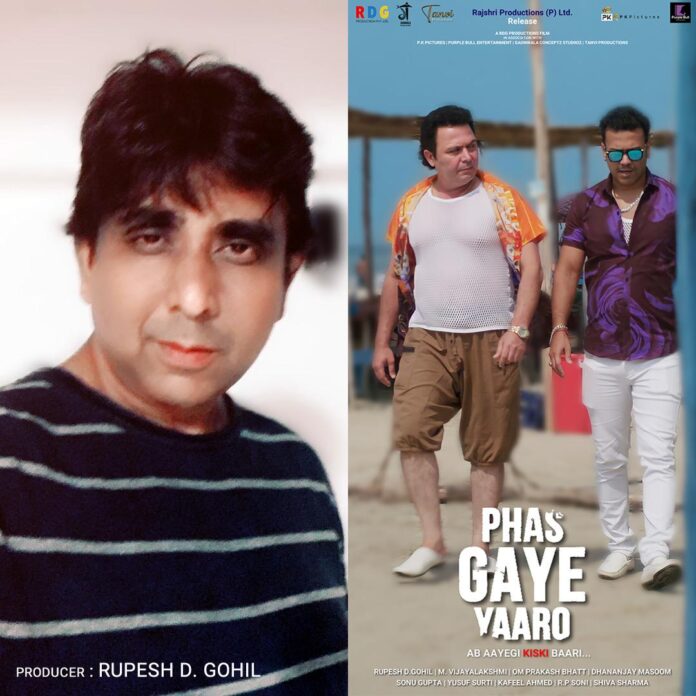 Phas Gaya Yaaro is a hilarious Entertainer film with Deccan pinch. Mixing Horror elements to Sholay Scoop is just outstanding. Every actor has given his best. Every scene is hilarious with Slapstick punches. Whole film is a laugh riot with outstanding actors and their performances. Popular actors like Mast Ali (Sleem Pheku) and Aziz Naser played the main lead roles and Scott B Knox, Elena Tuteja, Nimesh Diliprai, Nazia Khan, Reshma Bari played other important roles. The film is directed by debutant Yusuf Surti and bankrolled by Rupesh D Gohli under Rajshri Productions banner.
The film kick starts with a Haunted Resort in the middle of a Jungle. Tourists who ever come to that Haunted Resort will Never Return. One Day, the resort will be booked for a film Shooting. A US Production House (Scott B Knox) who is keen to make a Horror flick will come to that Haunted Resort along with their cast and crew. Saleem (Mast Ali), Aziz (Aziz Naser), Elena Tuteja, Reshma Bari and others are the Crew Members. The Resort Owner (Nimesh Diliprai) warns them about their Resort. But the film will be eager to start the shoot. Every day, One by one they will go missing and the remaining crew members will be scared. What happens to them and what is the Haunting story behind all this is the rest of the story. 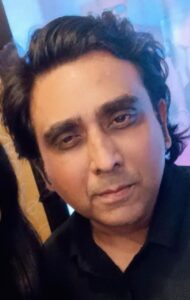 Mast Ali is a popular actor in Deccan films. He is like the Super Star of Deccan film. He delivered his role with ease. It will be fun watching him on screen. Aziz Naser is another popular Deccan actor. He will make everyone laugh with his typical style performance. Both, Mast Ali and Aziz Naser will tickle your funny bones for sure. Nimesh Diliprai’s performance is outstanding. His acting style as Sholay Tagore is just hilarious. Scott B Knox has given decent performance. Elena Tuteja performanced well and others delivered their roles with ease. 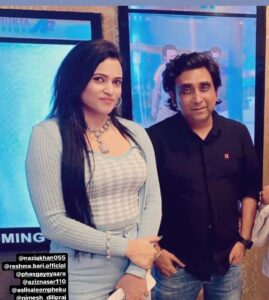 The film is hilarious. The Dialogues are funny and perfect. Cinematography is crystal clear. Locations and visuals look Real. The story is very fresh. The Horror concept mixing with Hindi Sholay story is just outstanding and it’s very hilarious. Director Yusuf Surti just nailed it with terrific story and actors. The production values are decent and a lot of money was spent for filming.
Phas Gaya Yaaro is just a hilarious entertainer film. Every scene is hilarious. It’s a two hours film filled with entertainment. Don’t miss it.
Rating : 3.25/5