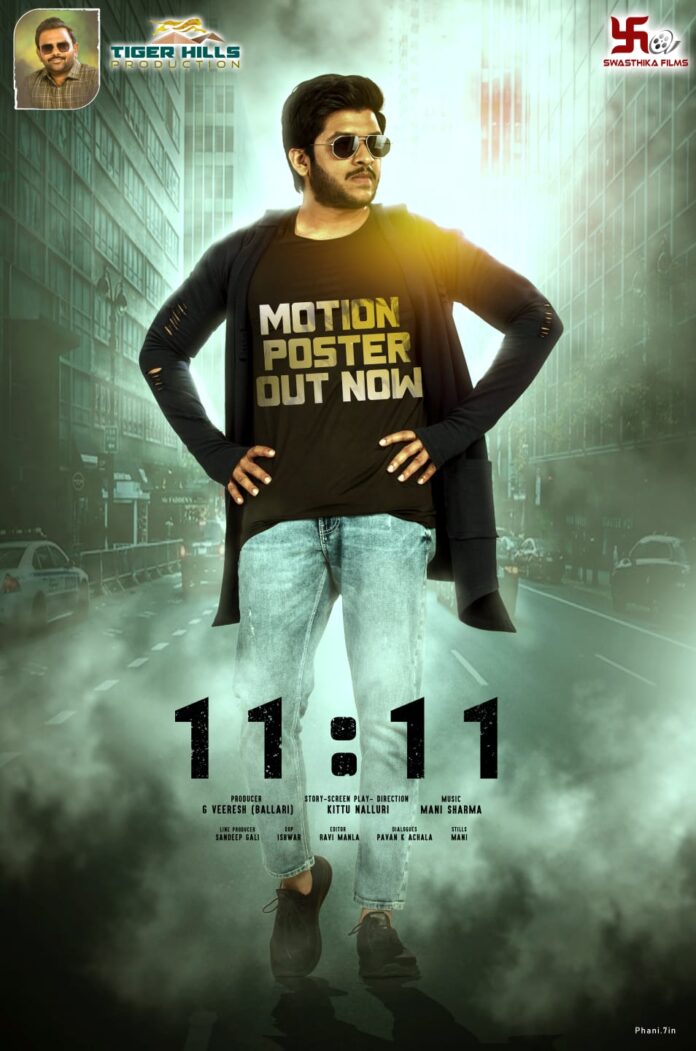 Popular music director Koti’s son Rajjeev Saluri, who has been enthralling with unique concepts since the beginning of his career, is starring in a unique romantic and action thriller film being made under the banner of Tiger Hills Production and Swasthika Films as ‘Production No. 1’.

Directed by Kittu Nalluri, the film is being produced by Gajula Veeresh (Bellary) with Varsha Vishwanath playing the heroine. Koti Saluri is playing an important role in the film. It is known that, megastar Chiranjeevu unveiled first look poster of the movie which got tremendous response. Today, handsome hunk Rana Daggubati launched motion poster.

The conceptualized motion poster sees love and mysterious angles in the movie. While Rajjeev gets love proposal from Varsha Vishwanath, a mysterious person forcefully holds her hand for which the protagonist attacks him with a clay jar. The motion poster is highly impressive with its concept and electrifying music from melody brahma Mani Sharma.

Music scored by Mani Sharma will be a major asset of the film, other than Rajjeev Saluri’s performance and unique concept. Rajjeev Saluri and Varsha Vishwanath’s magical chemistry will appeal to youth.

While Ishwar is handling the cinematography of the film, Pavan K Achala has penned the dialogues. Sandeep Gali is the line producer. The release date of the film will be announced soon.