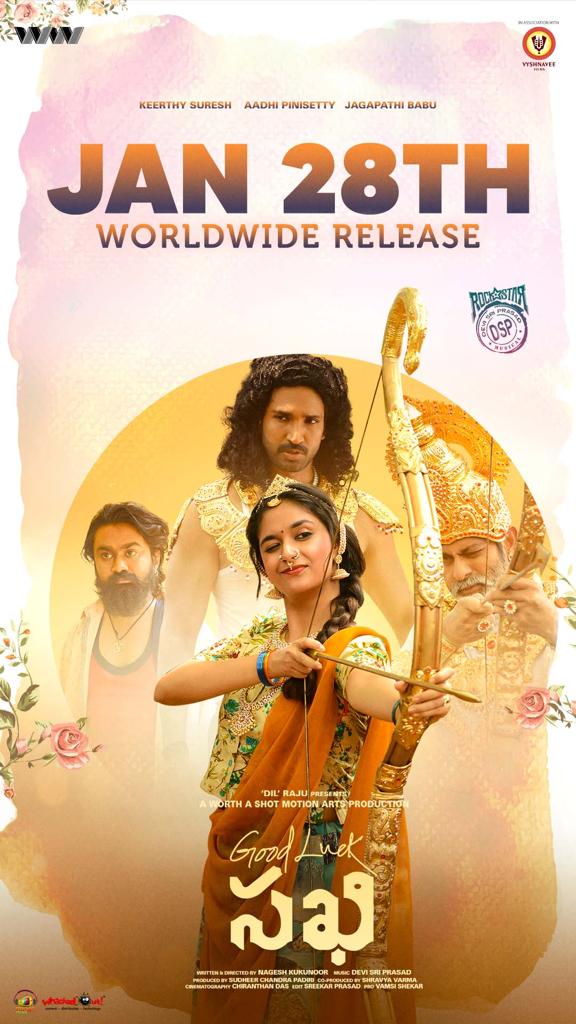 National Award-Winning Actress Keerthy Suresh will next be seen in a woman-centric sports rom-com film Good luck Sakhi, where she played the role of a shooter. Aadhi Pinisetty will be seen as male lead, while Jagapathi Babu essayed a crucial role in the film boasts proudly of a female dominated crew lead by co-producer Shravya Varma.

The makers today announced the release date of the movie. Good Luck Sakhi will be releasing on January 28th, two days after the Republic Day. The film will most probably have no competition, as no noted film will be arriving on the week. The makers will strengthen the promotions, as there is only one week left for the release.

Directed by Nagesh Kukunoor, Good Luck Sakhi is a multi-lingual film made simultaneously in Telugu, Tamil and Malayalam languages. Popular producer Dil Raju is presenting the film while Sudheer Chandra Padiri is producing it on Worth A Shot Motion Arts banner.

Teaser and other promotional content of the film got good response from all the corners.