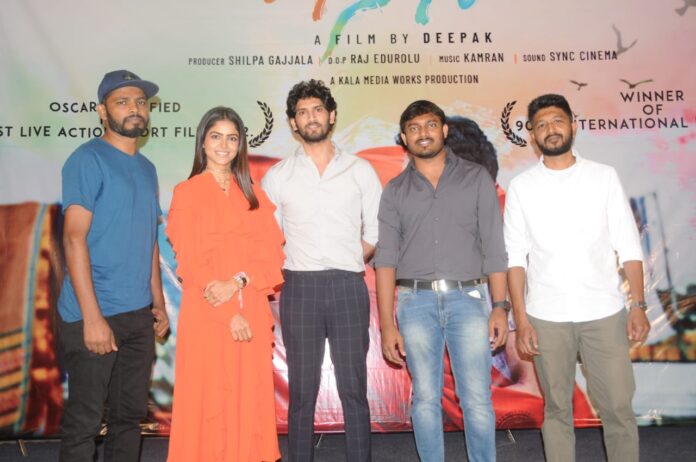 The director Deepak Reddy said, When I thought of presenting a love story in a new manner, the concept of reverse screenplay came to mind. Using this method of filmmaking at that point in time was challenging. The fact that Manasanamaha won hundreds of awards is encouraging. I hope our short film wins the Oscars voting on December 10. I will be working on a feature film soon.

Viraj Aswhin said When Deepak first narrated me the story, I didn’t know if he could bring the story to life on screen. But after seeing the output, I understood his vision. Gautham Menon released the short film in Tamil and KGF producers did the honors in Kannada. The short film won 900 awards. Qualifying to the Oscars race is a positive feeling.

Drishika Chander, who plays the female lead said, Manasanamaha is my first film and all the appreciation it is receiving is overwhelming. It was really challenging working on the short film.

The cinematographer, Raj, the music composer, Kamran, and others associated with the project were hopeful of the short film entering the Oscars race.