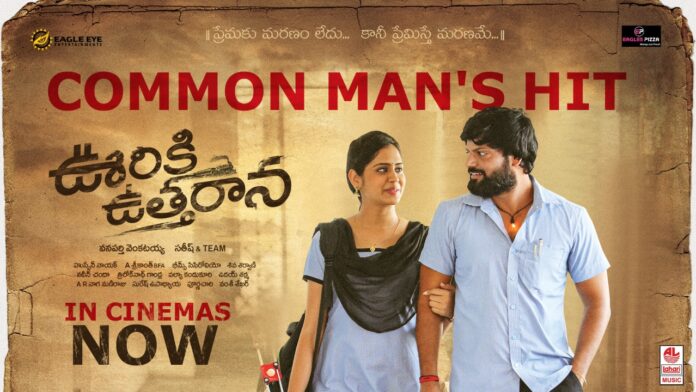 The film kick stars with a Honor killing. Shankar Patel (Ramaraju) is a Godfather in his village. His daughter elopes with a stranger and Shankar Patel kill them both for dignity and caution the villagers not to do such kind of things in future. Every one respect Shankar Patel’s decision.
Now, at Present time, Our hero of the film, Current Raju (Naren Vanaparthi) will be worried about his marriage. He gets rejected all the time by every young women. He won’t have a proper education, No proper Job and he do nothing. His father (Anand Chakrapani) will be worried about his life and beg him to complete his studies.
In his late 30s, He joins a college for higher education and he falls in love with Sailu (Dipali Sharma). Sailu is grand daughter of Shankar Patel. As time ticks, both, Raju and Sailu fall in love with each other. One day, Sailu asks Raju to take her to Hyderabad. As they were on the way to Hyderabad, Raju finds Sailu missing in Hyderabad. Shankar Patel and Village people will be murmuring that they both were eloped. What happens to Raju and Sailu’s love story, Why Sailu is missing, what happens to her and What Shankar Patel do them is rest of the story.
The film is just like a roller coaster ride. It has every emotion. You will fall in love with the film for Naren’s typical acting style, Village nativity slang, comedy punches, Father and Son emotion. The Interval bang will raise your expectation of the film in second half and climax will win your heart. Music by Bheems is just outstanding and Deveri song is amazing. The background score has taken this film to next level. Typical Telangana Slang dialogues will entertain you. The flash back episode in second half is bit lagging but still the film is worth watching. The screenplay is decent and Director Satish Paramveda should get big round of applause for delivering such a beautiful film.
The young actor Naren fit the bill. He will entertain the audience with his typical acting style. Jabardasth Phani and Jagadish Pratap bandari will tickle your funny bones for sure. Senior actor Ramaraju plays a crucial role and Anand Chakrapani will make you emotional. Others did as required.
Ooriki Uttharana is a beautiful film. A must watch film for family audiences. Don’t miss it.
Rating : 3.25/5