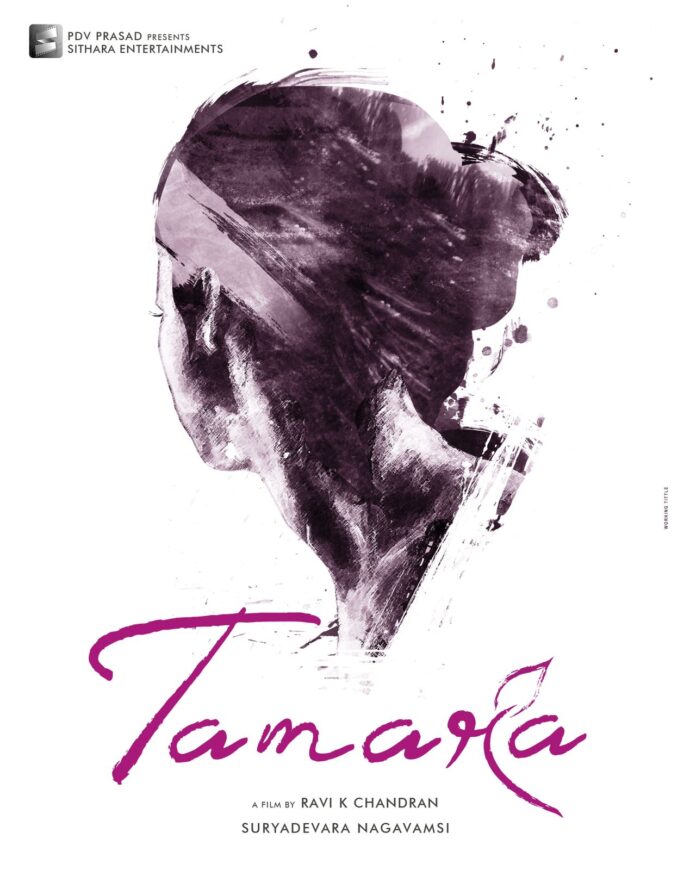 Leading banner Sithara Entertainments has greenlit a prestigious project titled ‘Tamara‘,an international film to be directed by eminent cinematographer Ravi K Chandran. After helming projects in Tamil and Malayalam languages, Ravi K Chandran will be occupying the director’s chair again for Tamara. The film to be produced by Suryadevara Naga Vamsi promises to be a one-of-a-kind Indo French collaboration, never seen or heard before in the industry. The announcement poster of Tamara featuring a woman with her face turned sideways was released on Friday, leaving film buffs curious.

The ace lensman Ravi K Chandran is also associated with Sithara Entertainments for the much-anticipated film Bheemla Nayak, starring Pawan Kalyan and Rana Daggubati. Sithara Entertainments, which had bankrolled successful films like Varudu Kaavalenu, Premam and Bheeshma, rangde in the past, hogged the limelight recently for their film Jersey, which registered two National Award wins in the Best Telugu film and Best Editing (by Navin Nooli) categories. Jersey, starring Nani, Shraddha Srinath and Sathyaraj in lead roles, was directed by Gowtam Tinnanuri.

The production house, that has earned a reputation for coming up with quality films across multiple genres, is confident about turning a new leaf with Tamara. More details about the project, cast and crew will be announced soon.