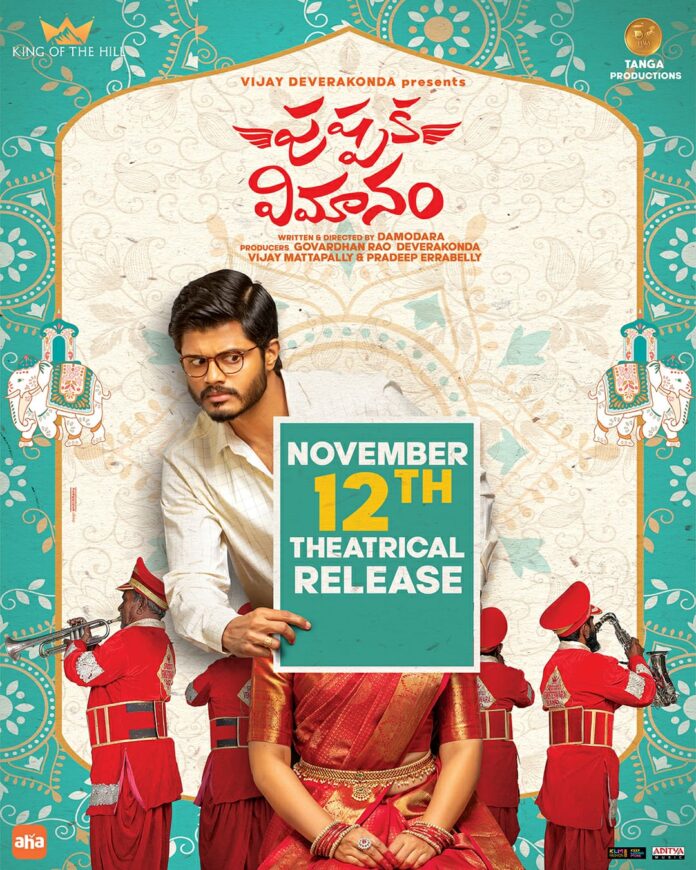 Anand Deverakonda’s Pushpaka Vimanam is all set for theatrical release. The makers have announced that the film will be releasing in theatres on the 12th of this month. This is Anand’s third film after Dorasani, and Middle Class Melodies.

The director Damodara says Pushpaka Vimanam is a concept-based film. “Anand plays a government school teacher in the film. It is a family drama that deals with subtle nuances. The film s releasing on the 12th of November,” he concludes.