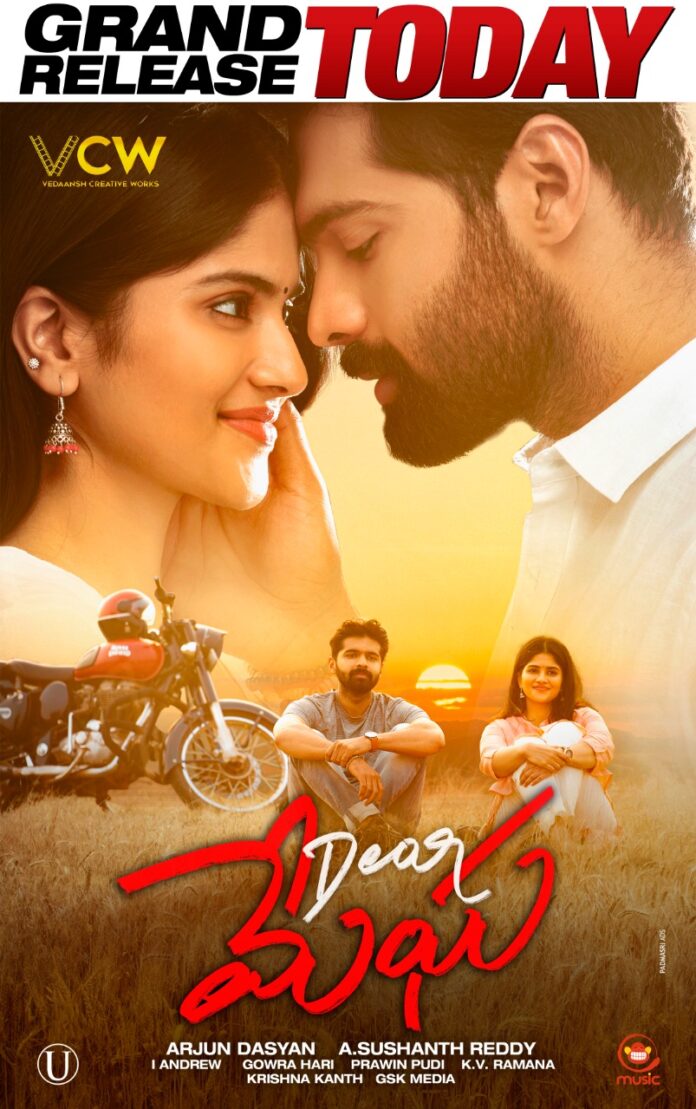 Dear Megha is an Heart touching love story film. In the title, Megha is the name of the female lead actress played by Megha Akash. The title sounds like it’s a Love story. According to the trailer, Yes, It’s a love story and Arun Adith played the male lead role. More or less, It’s a triangular Youthful love story film and today’s generation should definitely watch it. There are many contemporary situations and today’s youth will relate themselves with the film. The film has everything, Love, comedy, romance and Emotions. Youth will fall in love with the film.

Megha (Megha Akash) is a college student. She falls in love with fellow student Arjun (Arjun Somayajulu). But things didn’t go well between Megha and Arjun. And, again after three years, Megha and Arjun will meet again, this time Arjun falls in love with her but nothing works out and both depart again. After a little gap, Megha meets Adi (Arun Adith) and both will be seeing each other. As both are having a Gala time, Arjun comes on board and Megha will be confused to pick one. What will Megha do and what happens to their Love stories is the rest of the story.

Megha Akash is gorgeous, Anyone can fall in love with her. She is the cutest heroine in down south. She perfectly blended in her role and delivered it with ease. Arun Adith has given his best. His entry will give a kick to the audiences and he carries the film on his shoulders. Arjun Somayajulu is Ok in his role. Pavitra Lokesh has rendered some heart touching scenes and others did as required.

As the film is a love story, music and songs play key roles in movie success, Gowra Hari delivered perfect music for the film. The songs were good to see and hear and the background score is just next level. The production values are high. Every frame is rich and costly. More or less, the locations are posh and the film was made on a large scale. The cinematography by Andrew Babu is crystal clear. Prawin Pudi’s editing is crisp. Though the film is a bit slow, the emotional scenes will keep us engaged. The screenplay magic will work big time. Director A Sushanth Reddy made a perfect love story. The Climax is one of the biggest highlights in the film.

Dear Megha is a feel good love story film with human emotions. The  triangular twists and turns and music will work big at the box office. Youth will love this film to the core. Don’t miss it.