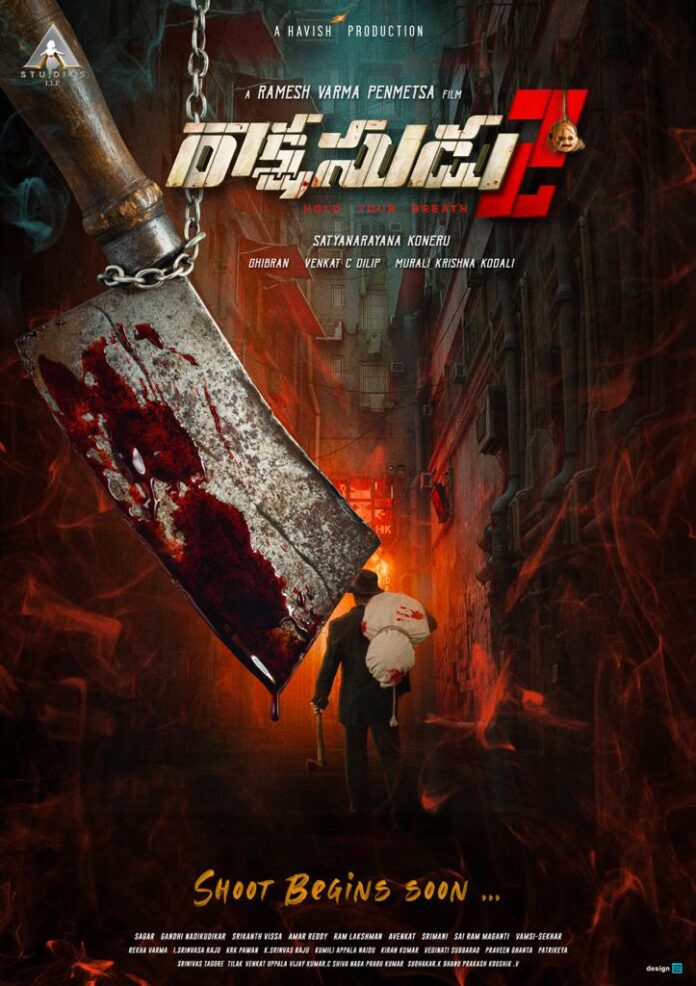 Meanwhile, Ramesh Varma announced his next project and also unveiled title poster of the same. The film is titled Rakshasudu 2 and it comes with a tagline Hold Your Breath. A sequel for Rakshasudu, the film’s shoot begins soon. A star hero will feature in the film and the name of the actor will be revealed soon.

Coming to the title poster, it looks creepier as a psychopath can be seen carrying a dead body on his shoulder and an ax in another hand. A deadly and bloody meat-chopper knife can be seen hanged with a chain.

The film is going to be a mind-blowing thriller with a different set-up. True to the title and the tagline, Rakshasudu 2 will be more thrilling and scarier than Rakshasudu.

The technical team that worked for Rakshasudu will be part of Rakshasudu 2 as well.

Satyanarayana Koneru of A Studios will produce the film on Havish Production, while Ghibran scores music. Venkat C Dileep will crank the camera.

Ramesh Varma has also penned story and screenplay of the film for which action part will be supervised by Ram-Lakshman.