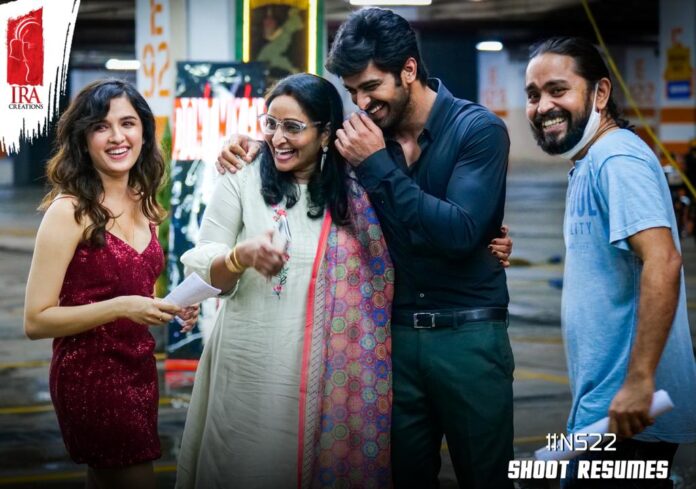 Handsome Actor Naga Shaurya and the talented Director Anish Krishna’s rom-com flick from Ira Creations is in the middle of its shooting. The film’s shoot has resumed in Hyderabad.

Naga Shaurya, the film’s lead actress Shirley Setia and few others are taking part in the shoot.

We can see cheerfulness in the faces of Shaurya, Shirley, Anish and Shaurya’s mom Usha Mulpuri in the poster.

Senior actress Radhika essays an important role in the film. Tipped to be a surpassing family entertainer, the yet to be titled film is produced by Usha Mulpuri, while Shankar Prasad Mulpuri presents it.

The presence of star comedians Vennela Kishore, Rahul Ramakrishna and Satya assures the film will be high on humor.