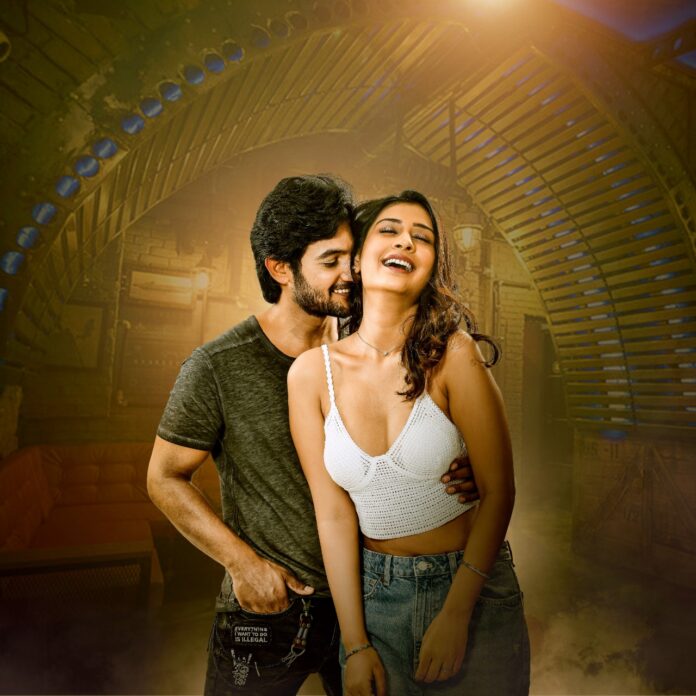 Aadi SaiKumar & Payal Rajput starrer Kirathaka is being made as a big budgeted flick helmed by Director M. Veerabhadram. This Biggie will be made as a different crime thriller in ‘Vision Cinemaas’ banner as ‘Production No:3’. Popular Industrialist Dr. Nagam Tirupathi Reddy is Producing this film. Regular shoot of the film will kick-start from August 13th. On this occasion..

Heroine Payal Rajput said, ” I have listened many stories. But, this Thriller struck me and I instantly liked it. My role has a lot of scope for performance. I am excited to work with Aadi for the first time. Special thanks to Director Veerabhadram garu and Nagam Tirupathi Reddy Garu.”

Producer Dr. Nagam Tirupathi Reddy said, ” We are Producing ‘Kirathaka’ in our Vision Cinemas banner as Production No:3. We are making this film in the Hit combination of our Hero Aadi and Director Veerabhadram garu as a perfect crime thriller with an uncompromised approach in making. Payal Rajput immensely liked the story narrated by Director Veerabhadram Garu and immediately agreed to do this film. We firmly believe that we will score a big commercial success with this film. A grand opening will be held soon and regular shoot will commence from August 13.”

Director M. Veerabhadram said, ” Currently we are finalising the artists. Poorna will be doing a powerful police officer role in this film. Dasari Arunkumar and Dev Gill are playing crucial roles. Aadi will be seen in a never seen before role. Payal Rajput liked the story of ‘Kirathaka’ and she agreed to do this film in a single sitting. Her character will thrill the audience. Nagam Tirupathi Reddy Garu is making this film in an uncompromised manner under his ‘Vision Cinemaas’ banner.”