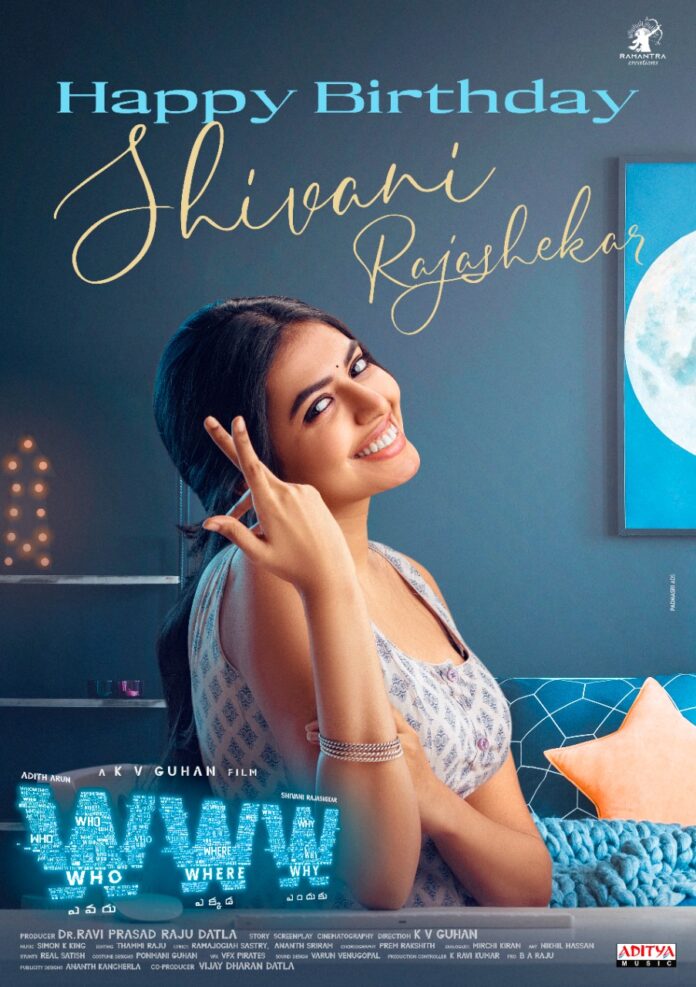 After the successful film ‘118’ as the director, Well Known Cinematographer KV Guhan’s first Computer screen Telugu film is ‘WWW’. Adith Arun and Shivani Rajashekar are in the lead roles. Dr. Ravi. P Raju is producing this Production No 1 under Ramantra Creations banner. The first look poster, Teaser, and Lyrical song released by Aditya Music receives a tremendous response. On the occasion of the heroine, Shivani Rajashekar’s Birthday(July 1) makers of ‘WWW’ unveiled a special birthday wishes poster and also revealed her character as ‘Mithra’. The Special poster looking Pleasant and captivating to everyone. On this occasion

Producer Dr.Ravi. P. Raju Datla said: First of all Warm Birthday wishes to our heroine Shivani Rajashekar. Shivani’s character name in this film is ‘Mithra’. Despite being a very challenging Character she did complete justice to her role. Guhan’s stylish making, Adith, and Shivani’s fantastic performance are the major highlights of this film.

Co-Producer Vijay Dharan Datla Said: ‘WWW’ is the first Computer Screen Telugu film. The Teaser, Songs already released and receives a tremendous response. Post-production work is nearing completion. First copy with being ready soon. We are planning to release a Theme song soon and announce the release date as soon as the corona conditions are fixed.