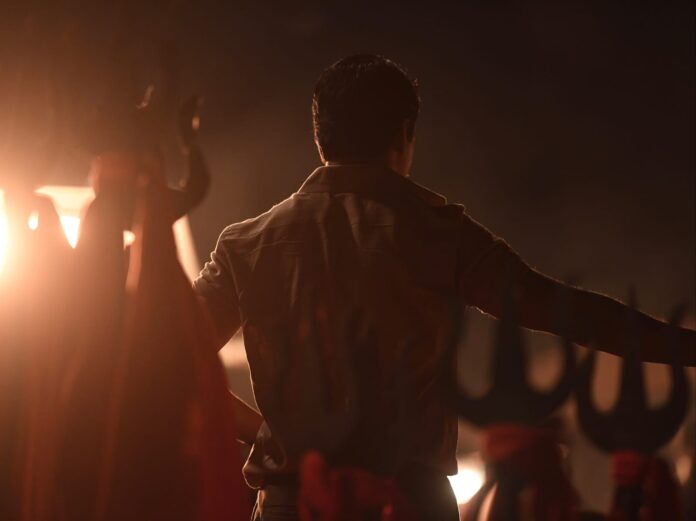 Natural Star Nani’s Shyam Singha Roy is one of the most anticipated films. First look poster of Nani as well as Sai Pallavi received good response. Director Rahul Sankrityan is making the film prestigiously to offer a whole new experience to Telugu audiences, as the story is very unique.

Art director Avinash Kolla has renovated the massive set depicting Kolkata in a 10-acre land in Hyderabad that was damaged due to heavy rains. Currently, the makers are canning important scenes of the film in the set. Nani is taking part in the ongoing last shooting schedule. In the poster released by the makers, Nani is seen in khaki outfit, wherein there are lots of people with tridents in their hands.

Nani will be seen in a never-seen-before role in the film produced lavishly by Venkat Boyanapalli. Three beautiful heroines Sai Pallavi, Krithi Shetty and Madonna Sebastian are playing female leads and several top-notch technicians working for the film.

The Production No 1 of Niharika Entertainment has original story by Satyadev Janga. Melody songs specialist Mickey J Meyer is on board to compose soundtracks, while Sanu John Varghese cranks the camera. Naveen Nooli is the editor.