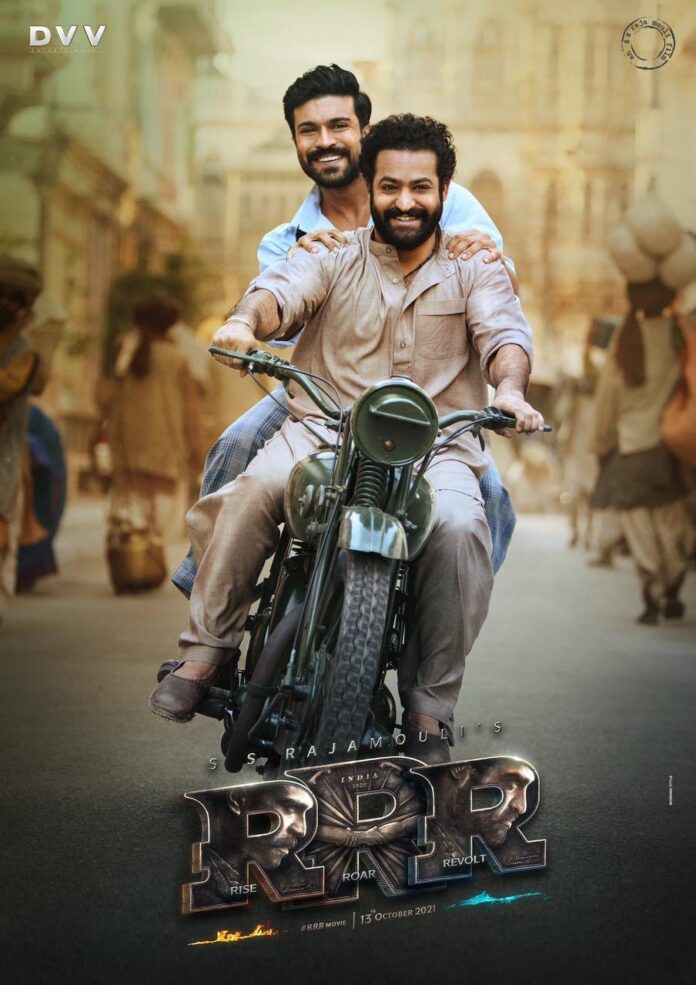 It’s time for a massive update about the most-awaited Indian film ever! RRR, the biggest multistarrer the nation has ever seen, is fast progressing towards completion. A fictional take on the lives of celebrated Indian freedom fighters Komaram Bheem and Alluri Sitarama Raju, RRR has been shot across locations in Hyderabad, where massive sets have been erected to take the audience to another era.
And now, director SS Rajamouli and the film’s team have wrapped up the talkie portions of the film and are scheduled to shoot a couple of songs that will mark the end of the shoot. Simultaneous post-production has begun and the film’s lead stars NTR and Ram Charan have completed dubbing in both Telugu and Tamil and will be moving on to other languages soon.
Also starring Alia Bhatt, Ajay Devgn and Olivia Morris amongst others, the film has been progressing with COVID protocols in place to ensure the safety of all the members on the sets.
RRR is India’s biggest film and has a star cast that pans across languages. The film is set for a release in Telugu, Hindi, Tamil, Malayalam and Kannada amongst many other languages. Produced by DVV Danayya on the DVV Entertainment banner, the film has been produced on a massive budget of ₹450 crores.
RRR will hit the screens worldwide on 13th October 2021 subject to COVID circumstances.