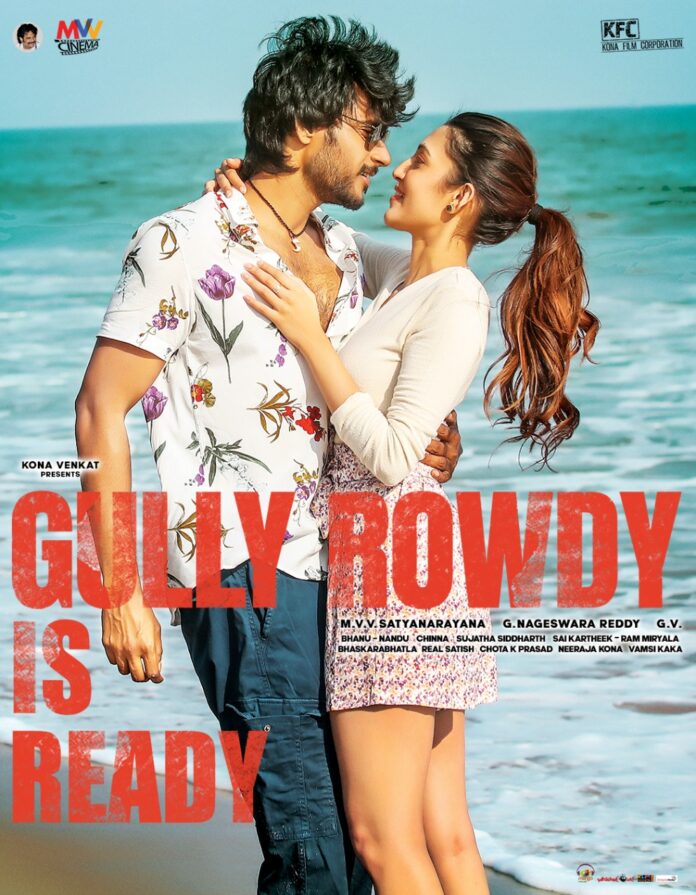 Young and energetic star Sundeep Kishan has built an image for himself by doing versatile movies over the years. He is now essaying the titular role in ‘Gully Rowdy’. Star writer Kona Venkat, who has been known for commercial entertainers and super hits at the Box-Office with his sensational filmography, is presenting the movie. Besides, he has also penned the screenplay.
Produced by MVV Satyanarayana of MVV Cinema and presented by Kona Venkat’s Kona Film Corporation, ‘Gully Rowdy’ is being directed by G Nageshwara Reddy, who has directed successful titles such as ‘Seema Shastri’, ‘Seematapakai’, ‘Denikaina Reddy’ and ‘Eedorakam Aadorakam’.
Kollywood actor Bobby Simha and Nata Kireeti Rajendra Prasad have played important roles. Neha Shetty has played the female lead. After completing post-production works, the fun entertainer is gearing up for censor formalities.
Speaking about the movie, the makers have said, “Sundeep Kishan has played the kind of role he hasn’t done before. The film’s output is amazing. The teaser, which was released recently, revealed the nature of the movie and it has been received to an overwhelming reception. ‘Puttene Prema’, the montage song filmed on the hero-heroine duo, has elicited a rousing response. Expectations from our movie are high and everyone is expecting a fun ride. The rib-tickling Rajendra Prasad garu has got a pivotal role. One has to wait for the movie to know how important his role is to the story. Bobby Simha’s is also an important role. Mime Gopi, who has won our applause in ‘The Family Man 2’ and ‘Chalo’, has played the antagonist. Neha Shetty’s role is also interesting. The various characters in ‘Gully Rowdy’ are quite interesting. The post-production works are over. Once the censor formalities are wrapped up, we will lock the release date.”
Cast:
Sundeep Kishan, Rajendra Prasad, Bobby Simha, Neha Shetty, Posani Krishna Murali, Vennela Kishore, Viva Harsha and others.
Crew:
Banner: Kona Film Corporation, MVV Cinema
Presenter: Kona Venkat
Director: G Nageshwara Reddy
Producer: MVV Satyanarayana
Music Directors: Chowrastha Ram, Sai Kartheek
Screenplay: Kona Venkat
Story writer: Bhanu
Editor: Chota K Prasad
Stylist: Neeraja Kona
PRO: Vamsi Kaka