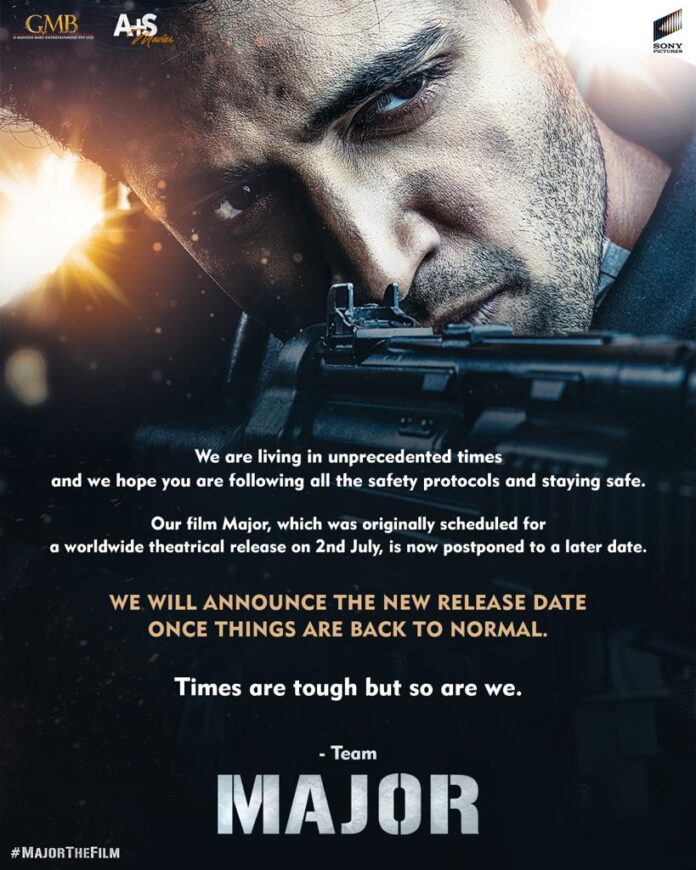 Versatile actor Adivi Sesh who is enjoying best phase of his career is making his Bollywood entry with the Pan India project Major. The film directed by Sashi Kiran Tikka will see Sesh playing the role of the decorated NSG commando Major Sandeep Unnikrishnan.

The makers initially planned to release Major in Hindi, Telugu, and Malayalam on July 2nd. However, they have now announced to postpone the film, owing to second wave of corona.

“We are living in unprecedented times and we hope you are following all the safety protocols and staying safe. We would like to announce that Major, which was originally scheduled for a worldwide theatrical release on 2nd July, is now postponed to a later date.

We will announce the new theatrical release date in the days to come once things get back to normal. Times are tough but so are we,” reads the statement of team Major.

The film traces the inspirational journey of Sandeep Unnikrishnan who rescued hostages and lost his life in the valorous mission during the tragic 26/11 terrorist attacks in Mumbai.