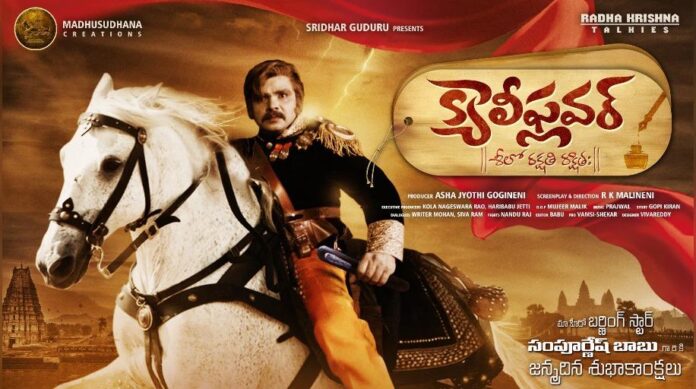 Burning Star Sampoornesh Babu is in exceptional form as his last movie Kobbari Matta was a sensational hit. Meanwhile, here comes official announcement of his 5th film. Wishing Sampoo on his birthday, makers of the film have released first look and first bang of the film titled Cauliflower.

Sampoornesh Babu is seen as an English man in the first look poster. He is given elevation as a man who comes all the way to India from England to depict the world about the purity of Indian womenfolk in the first bang video.

Billed to be an out and out entertainer, RK Malineni is directing Cauliflower. Gopi Kiran has penned the story, while Asha Jyothi Gogineni is producing it on Madhusudhana Creations and Radhakrishna Talkies banners. Sridhar Guduru is presenting the film.

Vasanthi is roped in as the female lead opposite Sampoornesh Babu. Prajwal Krish is scoring music, while Muzeer Malik cranks the camera. Babu is the editor.