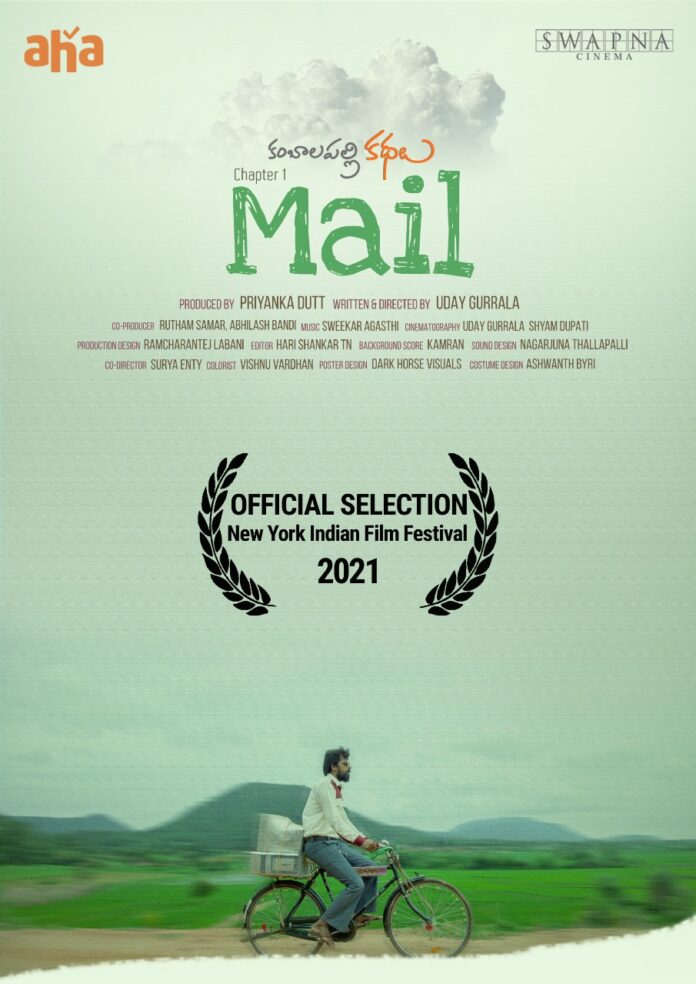 100% Telugu streaming platform aha’s feel-good original Mail (Chapter 1 – Kambalapally Kathalu), starring Priyadarshi, Harshith Malgireddy and Gouri Priya Reddy in pivotal roles and directed by Uday Gurrala won many hearts upon release earlier this year. Now, it’s making the right noises at the festival circuit as well. The critically acclaimed film Mail is all set to add a golden feather to its cap after being officially nominated for the prestigious New York Indian Film Festival (NYIFF) 2021 to be held in June later this year. One of the oldest film festivals with a rich legacy, NYIFF premieres feature, documentary and short films made from, of, and about the Indian subcontinent in the Independent, arthouse, alternate and diaspora genres.
Mail tells the story of an idyllic village, set in the hinterlands of Telangana, embracing the internet era in the late 2000s. Revolving around a college-going computer-enthusiast Ravi, the film captures his tryst with the internet and his rapport with a gaming centre owner and fellow villager Hybath. The film brimming with innocence, humour and emotions is a fond and sincere throwback to the early years of the digital age. Deservedly, NYIFF is all set to expand Mail’s horizons to a wider audience across the globe.
Cast and Crew:
Producers: Swapna Cinema
Director:Uday Gurrala
DOP:Uday Gurrala & Shyam Dupati
Music: Sweekar Agasthi
Editor : Harishankar TN
BGM : Kamran
Costumes : Ashwan
Cast:
Haibath as Priyadarshi
Ravi as Harshith
Subbu as Mani
Roja as Gouri
Suresh as Sunny palle
Anusha as Girija