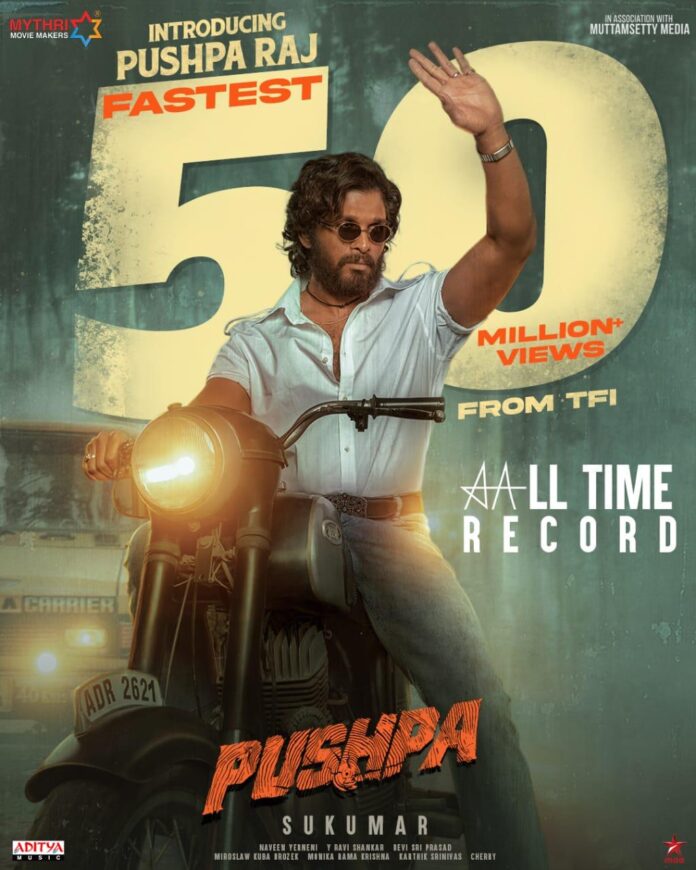 The teaser of Icon star Allu Arjun‘s Pushpa has set an all-time record as it has garnered over 50 million views in record time.

Pushpa Raj Intro is now the fastest 50 million viewed teaser in Tollywood. It achieved the staggering feat in just 19 days.

The teaser has recorded 1.2 million likes and 1 lakh comments thus far. It is being lapped up by all sections of audience.

The makers have also unveiled a special poster on the occasion and it affirms the above mentioned record.