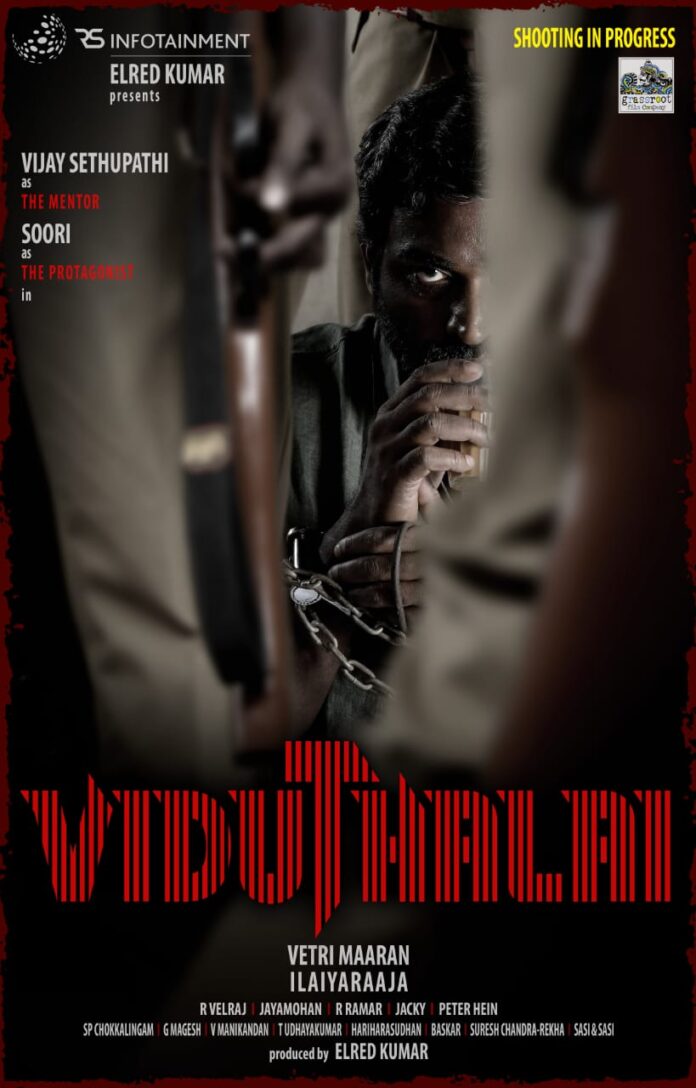 South Indian Leading Producer Elred Kumar’s Production house RS Infotainment announces their next with National award-winning filmmaker Vetri Maaran starring Vijay Sethupathi who plays ‘Vaathiyaar’ in ‘VIDUTHALAI’
National award-winning filmmaker Vetri Maaran has been amusing the Pan-Indian audiences with unique and unparalleled story premises. Significantly, producer Elred Kumar of RS Infotainment has produced many content-driven movies, which have been both critically and commercially successful. They are now collaborating for a movie featuring Vijay Sethupathi in lead role and Soori is also part of it which is titled ‘VIDUTHALAI’. This is the first-ever time, filmmaker Vetri Maaran is teaming up with Maestro Isaignani Ilayaraja.
The shooting of ‘Viduthalai’ is held across the dense forests of western ghats, where there was no electricity and telecommunications. Vijay Sethupathi, Vetrimaaran, Soori, Bhavani Sre and the entire crew had stayed along with the native tribal people during the filming phase.
Following the grand success of Asuran, director Vetri Maaran has yet another strong content as the premise for this film, which has a screenplay laced with edge-of-seat thriller moments, twists and turns.
The technical crew includes Velraj (Cinematography), who has consistently cranked camera for Vetri Maaran’s previous movies, R. Ramar (Editor), Peter Hein (Action Director) and Jacki (Art Direction).
Producer Elred Kumar, RS Infotainment is planning for a mega Pan-Indian release simultaneously.